Growth That’s Bought But Not Paid For 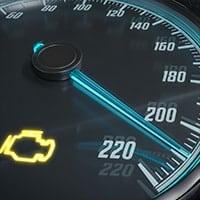 Very clear warning signs are now flashing that the U.S. economy could be heading for trouble and that the longest expansion in recent memory may soon end. But as usual, financial media and mainstream investors are once again flushed with optimism as the stock market plows higher.

Last week, the Fed gave a narrative confirmation to the dangers when they officially called off their monetary tightening campaign. The curtain came down far earlier than just about anyone in the mainstream had predicted. Just a few months ago, most assumed that the Fed would continue raising interest rates and shrinking its balance sheet well into 2020 and beyond. Now it has indicated no further hikes for 2019, and perhaps just one for 2020. Similarly, it now plans to end its balance sheet reduction program by September (Federal Reserve Board, FOMC press conference, 3/20/19). The program was supposed to last for many years and cut the Fed’s $4.5 trillion stash of government and mortgage-backed bonds, by 50% or more. But now the Fed only anticipates a few hundred billion in total reductions, which will barely put a dent in its huge stack.

The Fed’s rapid reversal should have caused many to wonder if the economy is far weaker than they had thought, or more precisely, if it was merely a bubble fueled by the monetary stimulus the Fed was withdrawing. Technical confirmation for the Fed’s concern arrived last week when the yield curve inverted for the first time since the 2007 lead-up to the Great Recession, meaning investors are receiving lower interest on 10-year government bonds than on three-month Treasury bills. This reversal of the normal rules of duration risk, where investors get higher rates for longer lock ups, usually precedes a recession (Yield Curve & Predicted GDP Growth, March 2019, Cleveland FRB). In fact, many economists regard yield curve inversion as the single most reliable recession predictor.

So after the heady gains in the market over recent years investors should be very concerned that the game will change. Instead, after one of the worst Decembers in history, investors jumped back into stocks with passion in January and powered the S&P 500 to its best quarterly performance since third quarter 2009. As has been the case for years, investors seem to have been fixated on low interest rates as the only driver that matters. The disconnect is most pronounced in the Trump Administration itself, where former monetary hawk and current White House economic advisor Larry Kudlow, called for the Fed to immediately cut rates by 50 basis points, even while lauding the miracles of the Trump Economy. If the economy is the “best in American history” as Trump likes to suggest, why then the urgent calls for rate cuts?

last week, many of those who remain confident in the economy and the markets pointed to the newly released data that showed relatively strong GDP growth for 2018. Although the numbers did reveal a slowdown in the fourth quarter, the full year came in at a modestly healthy 2.9%, tying with 2015 and 2006 for the highest growth rate since 2005 (U.S. Bureau of Economic Analysis). In fact, 2.9% is 38% faster growth than the average 2.1% achieved since 2000. With a business-friendly administration still in the White House (that can finally look past the specter of the Mueller investigation), many see the return of another Goldilocks era for the U.S. economy.

But, to make that assumption, forecasters not only must ignore the elephant in the room, but they must ignore the fact that the elephant is now sitting on top of the house. The 2.9% growth achieved in 2018 came amidst a staggering expansion of government debt. It’s bad enough that the deficit came in at $779 billion, the most red ink since 2012 (when the economy was still struggling in the shadows of the Great Recession), but the national debt surged by a staggering $1.481 trillion (data from Economic Research Division, FRED, FRB St. Louis).

Many people would assume that the annual budget deficit, which is the difference between what the government spends and what it raises in taxes and other revenues, would be the same as that year’s actual expansion of the debt. But so far this century, the annual deficit has averaged $552 billion, while the annual debt expansion has been 55% higher, averaging $853 billion. The difference comes from the fact that deficit numbers exclude expenditures that are considered “off-budget” which inexplicably includes such line items as Social Security and the Postal Service. The amount of those off budget items fluctuates wildly from year to year, but was particularly high in 2018.

Looking at the numbers in aggregate make it even clearer that our recent economic growth has simply been a function of debt creation. In 2015, in order to grow the economy nominally by $515 billion we added $781 billion in debt, a net loss of $266 billion. In 2018, in order to grow the economy by $1.033 trillion, we had to expand the debt by $1.481 trillion, a net loss of $448 billion. Nevertheless, those who are most glowing about the current economy (who are typically cheerleaders for the Trump Administration) like to say how much better we are doing now than under Obama. I’m not sure how they can make that argument with a straight face (data from BEA and Economic Research Division, FRED, FRB St. Louis).

As I have argued many times, you can’t get richer by going deeper into debt. The analogy I use, which has been picked up by other pundits in the financial world, goes like this: Suppose you bump into an old friend you haven’t seen in years. You ask him how he’s doing. He says fantastic: He’s tells you that he’s bought a new house, a new car, and just got back from an around the world trip with his wife. You conclude that your friend must be doing well financially. If you then found out that all those things were put on a credit card and that your friend has no money in the bank to pay back the loans, would that alter your perception? If you are a modern market watcher, or if you are Larry Kudlow, perhaps not.

The amount of debt we will pile on the back of the U.S. economy is set to rocket higher in coming years, and Washington has proven even less capable of dealing with the coming crisis than I could have imagined (and I imagined a lot). Worse still is the possibility that wildly socialistic, big-spending Democrats take over both ends of Pennsylvania Avenue in 2020. While Democrat ineptitude may squander the political opportunity currently in front of them, a potential recession in the next 18 months could assure Democrat victory even if they nominate avowed socialists eager to adopt the Venezuelan model for success.

But whether or not a recession is around the corner, investors should understand that there may now be a new normal with respect to monetary policy, which is it will never be neutral or tight again. We may be in the age of permanent stimulus. Heavy stimulation in good years to give way to super-duper triple whammy stimulation in bad years. But after nearly a decade of super low rates, which have been the tent pole holding up asset prices in the stock, bond, and real estate markets, could we have expected any different?

Much like how low teaser rates on home mortgages in the lead up to the housing crash of 2006 enabled larger loans that went into default once rates rose, the artificially low interest rates that the Fed has delivered over the past decade has been a teaser rate for the entire economy. Last year the Fed tried to take the teaser rate away. But the market went into convulsions, so they stopped. If the teaser rate were ever really taken away, it’s the entire economy that will collapse, not just housing. Given this, we could expect that the debt will zoom past $30 trillion quicker than you can say 2024 and the Fed’s balance sheet will move to $10 trillion and beyond.

I believe the only reason the U.S. dollar did not collapse following our initial foray into 0% interest rates and quantitative easing in 2009 was the market’s confidence that the policy was not permanent and that it would be successfully reversed after a recovery took hold. Once that conceit is exposed, who could believe that the Fed will ever be able to normalize rates or that an even larger balance sheet will ever be unwound. The Elephant will get fatter and climb up even further on the roof. But unlike Dumbo, he won’t be able to fly….just fall, crushing everything that didn’t have the good sense to get away.