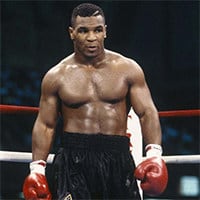 While some may have been confused by Fed Chairman Powell’s circular statements in yesterday’s press conference, the takeaway should be abundantly clear: the period of Fed tightening, is over. The Fed will now hold steady on interest rates, and when they move again, they are more likely to lower rates than to raise them. And while the Fed’s program of balance sheet reductions is technically still underway, Powell made it clear that the program is no longer on “automatic pilot” and that the $50 billion per month of bond sales will likely diminish, and ultimately, conclude much earlier than anyone had predicted just a few weeks ago.

The stunning 180 degree reversal from the Fed’s stated policy in December is hard to fathom if you look at the economic data that is supposed to guide their decision making. All of the primary metrics, as well as the geo political situation, are largely unchanged. What is different is the market volatility and financial panic that erupted in December. Markets started to realize how vulnerable stock, bond, and real estate prices were to tighter monetary conditions. As the howls to call off additional tightening got louder, the Fed folded like a card table and gave the markets, and the White House, what they wanted, a cessation of tightening.

However, it is my belief that merely taking away the threat of further tightening will not be enough to put wind back in the sails of the market or the economy. For that we will need to return to outright stimulus. The recovery of the past 10 years has been a function of zero percent interest rates and quantitative easing. It cannot survive without them.

So the great pretense for policy normalization is over and it will be soon apparent that we have entered an era of permanent stimulus. When that understanding sinks in gold will surge and the dollar will fall. The Fed may have hoped to walk farther down the tightening path before they had to retreat, but their tolerance for pain turned out to be far lower than what they may have hoped. As Mike Tyson used to say, “Everyone has a game plan until they get punched in the mouth.”